The Society of St. Vincent de Paul has a rich history.

THE SOCIETY OF ST. VINCENT DE PAUL IN ARLINGTON, TEXAS

The Society offers assistance to those who have fallen on times of hardship or personal crisis in the southwest Arlington area. We assist with home visitations to those individuals and families that need basic necessities such as food, medication, gasoline, utilities and rent payments.

BEGINNINGS OF THE SOCIETY OF ST. VINCENT DE PAUL

The Society of St. Vincent de Paul began in Paris in 1833. Frederic Ozanam, a young student at the Sorbonne, met regularly with his fellow Catholic students to discuss the issues of the day. At one of their public meetings, Ozanam was challenged by a member of the audience to answer the question of what the church was doing to be a source of good. Unable to respond, Ozanam and his friends were inspired to take action. This inspiration led to the creation of the “Conference of Charity” with the purpose of serving the poor.

The Conference of Charity, who met on Saturdays, determined that no act of charity would be foreign to their organization. The members would go out into the streets of Paris to meet the poor in their homes. Members provided food, clothing, shelter, financial and spiritual support, and tutoring and libraries to individuals and families in need.  They went to Sr. Rosalie Rendu, who was already serving the poor in the streets of Paris, for counsel. Shortly thereafter, they changed their name to The Society of St. Vincent de Paul in honor of their patron and claimed the home visit, or person-to-person visit as the core of their work.

Ozanam chose the 17th century priest St. Vincent de Paul, known as the Apostle of Charity, to be the patron saint of the organization, which was renamed the Society of St. Vincent de Paul. Today, there are more than 800,000 members serving in 155 countries across 5 continents.

THE SOCIETY OF ST. VINCENT DE PAUL IN THE UNITED STATES

The Society began in the United States in 1845 in St. Louis, Missouri at the Basilica of St. Louis, King of France, also known as “The Old Cathedral”. Father John Timon brought copies of the St. Vincent de Paul international Rule back from Dublin and talked to a number of people about the Society and its wonderful work with the poor. At that time, Bishop Peter Richard Kenrick asked Father Ambrose Heim to establish the Society of St. Vincent de Paul and be its spiritual advisor.

On November 20, 1845, the first meeting of the Society of St. Vincent de Paul in the United States was held, just twelve short years after its founding in Paris. 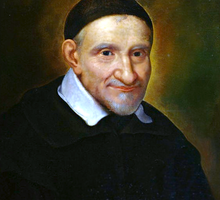 St. Vincent de Paul (1581-1660) was founder of the Congregation of the Mission, Daughters of Charity, Confraternities of Charity, and Ladies of Charity. A man of deep faith, keen intellect, and enormous creativity, he has become known as the “The Apostle of Charity” and “Father of the Poor.” His contributions to the training of priests and organizing parish missions and other services for the poor shaped our Church’s role in the modern world. 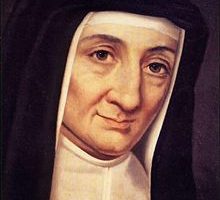 St. Louise de Marillac (1591 – 1660) a contemporary of St. Vincent, was inspired and directed by Vincent’s spiritual leadership. She was Vincent’s collaborator in founding the Daughters of Charity and organizing hospitals for the sick poor, asylums for the orphaned, workshops for the unemployed, championing literacy for the uneducated, and establishing standards for local charities. Louise was a wife, mother, teacher, nurse, social worker and religious foundress. 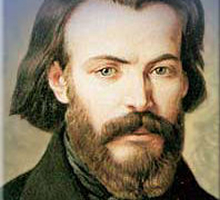 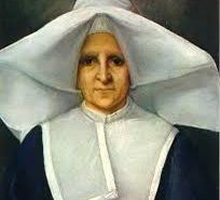 Blessed Rosalie Rendu, DC (1786 – 1856) was a Daughter of Charity who served for 54 years in the Mouffetard area, the most impoverished district of Paris. Emmanuel Bailly, the president of the Society, sent the founding members of the Society to Sister Rosalie for guidance and direction. Sending the founders on home visits, she formed them in the spirit of St. Vincent, teaching them how to serve the poor with respect and compassion.